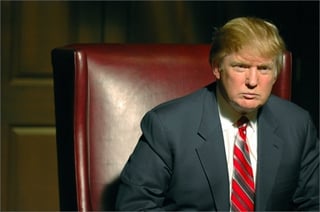 It’s not a bad idea to take a look at some people you know - people who are successful by almost any definition who have been through the Bankruptcy Process. These people had something unexpected happen to them financially that led them to file a bankruptcy case. When you know the financial stories of these actors, musicians, sports figures and politicians, it sheds light on why we have a bankruptcy law. It reinforces the idea that “regular” people facing financial difficulty should consider protecting their paychecks, their assets, and their family’s financial security through using the bankruptcy law.
It’s important to know you aren’t alone. In the United States in 2015, almost 790,000 people filed “consumer” bankruptcies - cases that were not filed to due business failure. Another 30,000 business-related bankruptcy cases were filed, nationwide, in 2015. If you are in a situation in which your financial problems are overwhelming you, know that you are not alone. Financial problems can happen to all sorts of people who would otherwise never think of filing a bankruptcy case. Let’s look at 4 Famous People That Filed Bankruptcy.

The guitarist, singer and songwriter David Crosby was a member of two of rock’s iconic bands of the 1960's and the 1970's: The Byrds and Crosby, Stills, Nash and Young. David Crosby filed a bankruptcy case in 1985. Crosby was forced to file after his solo career failed to be as successful as expected. At the same time, Crosby was also struggling with substance abuse and health problems.

Crosby’s experience is not unusual. Many people successful within an organization start up a career doing the same work, but instead of working with, or for others, they work for themselves. In some cases, unfortunately, the “solo career” is not as successful. A number of people find themselves in financial difficulty due to addiction issues, and/or health problems. Bankruptcy is a tool that can be used in the situation where a start-up business has failed to become profitable and in cases where addiction or health issues have created financial stress that is not easy to relieve.

Ulysses S. Grant was the commanding general of Union forces by the end of the American Civil War, and is credited for having the strategic vision to defeat the confederacy and bring the war to an end in 1865. He was an immensely popular figure in mid-19th Century America, and was elected as the 18th President of the United States in 1868 and re-elected in 1872. Despite affection and loyalty of his countrymen, Grant was forced to file bankruptcy after he left office. Why? Never a wealthy man, Grant was swindled by investors after he left office in 1877. Grant went into debt due to his misplaced trust in speculators who wanted to take advantage of Grant’s name, but lacked Grant’s integrity. As a result, Grant had to file a bankruptcy case. In order to repay his creditors Grant, while terminally ill with cancer, wrote his autobiography - a major work of 19th Century literature.

Unfortunately, there are a number of unscrupulous, greedy people who are more than willing to exploit the good nature of other, honest people. Today, it is not uncommon to see individuals who have borrowed money to lend to others - often relatives, friends or neighbors - who need financial assistance. When these loans are not repaid, the good-hearted person who borrowed significant money is left with debt to repay, and no money comes from the person who received the benefit of the good-hearted person’s generosity.

In cases like this, bankruptcy can wipe out the debt that was incurred to help a person who had no intention of repaying the kindness extended to them.

The founder of Heinz Foods started in business selling horseradish, vinegar, pickles and sauerkraut. Heinz was in competition with other providers of these foods, and, ironically, a bumper crop of the ingredients that make up these products led to a crushing financial problem when Heinz found that he could not sell his products and still meet his payroll obligations, due to low prices from his competition.

So in 1875 Henry Heinz filed a bankruptcy case to discharge his obligations with his suppliers. The bankruptcy filing resulted in his business closing. But Heinz took what was a hard-learned lesson and started in business again. This time in business, Heinz innovated by introducing a new condiment to consumers - tomato ketchup. The new product was the key to profitability and the Heinz Company remains a dominant force in condiments to this day. By the way, Heinz still produces horseradish, vinegar, pickles and sauerkraut, too.

Twain is without question the leading literary figure in 19th and early 20th century America, and there is a good argument to be made that Mark Twain is the greatest American man of letters, ever. But Twain found it necessary to file bankruptcy long after he had achieved fame with “Tom Sawyer” and “Huckleberry Finn.” Why did Mark Twain have to file bankruptcy? In the early 20th century, Twain made a spectacularly bad investment in an automatic typesetting machine called the Paige Compositor. The Paige Compositor would have revolutionized the printing business but for one problem: the machine didn’t work. Twain lost a fortune and as a result, had to file a bankruptcy case to discharge his obligations to his creditors.

Sometimes we just make bad financial decisions - either in our personal economy, or our business, or both. When this happens, bankruptcy is an option to relieve the pressing financial obligations that come from mistakes with money and get a fresh start in life. People in all walks of life have used the bankruptcy law as a way to “straighten-out” their financial lives.