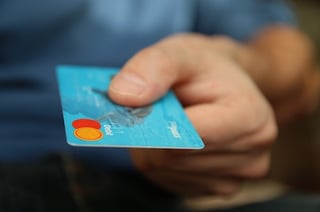 Typically, if someone else pays a person’s debts, the IRS considers such payments to be taxable income. Prominent exceptions include certain student loan repayments and gift repayments. Based on that analysis, many people think the answer to this question is a resounding “yes.” But it is actually a surprising “no,” because bankruptcy discharge is different from debt repayment.

Assume Jim lies to his girlfriend. Jim later apologizes, and she forgives him. Her magnanimous gesture does not change the fact that Jim lied; it simply means that she will not hold his lie against him. Now, assume that Jim owes a $10,000 credit card bill. He later files bankruptcy, and the judge issues a discharge order. That order does not erase the $10,000 debt; it simply prohibits the moneylender from collecting on that debt.

There are obviously some major differences between Jim’s lie and his credit card debt. Chiefly, Jim’s girlfriend may very well revoke her forgiveness later, or she may not have been sincere at all. However, federal law prohibits the credit card company from attempting to collect the debt. Although the Supreme Court recently watered down the Fair Debt Collection Practices Act, it remains in full force and effect.

Timing is another difference. Jim’s girlfriend may ponder the question before she forgives him. But when Jim files bankruptcy, the automatic stay takes effect immediately, in most cases. He does not need to wait for a judge to sign an order, because all adverse actions must stop immediately. The most prominent exception involves so-called “serial filers” who abuse the system by declaring bankruptcy over and over again.

Section 362 – the section of the bankruptcy code that deals with the automatic stay - is extremely broad, as it repeatedly uses the phrase “any act.” Any moneylenders who receive notice of the filing must immediately stop:

To ensure complete compliance, some moneylenders even stop sending monthly bills, because such statements usually have a balance due section. Moneylenders commonly use fear as a collection tactic. Bankruptcy reverses this dynamic and puts debtors in control, because moneylenders are afraid of violating the automatic stay.

When the trustee (person who oversees the bankruptcy for the judge) is finished with the case, the last thing the judge typically does is sign a discharge order. That usually happens after about three to four months in a Chapter 7 and three to  five years in a Chapter 13. Whereas moneylenders have some limited ability to work around the automatic stay, a discharge order is complete and final. It entirely removes the right for the moneylender, or a debt buyer, to collect the debt.

The Mechanics of Debt Discharge

Bankruptcy discharge eliminates the debtor’s personal liability on the obligation. Since the debt remains, you have the option to repay some of it, all of it, or none of it. The choice is yours and not the moneylender’s. Many people feel a moral obligation to repay at least some of their debts, and bankruptcy gives them the option to do that. Furthermore, paying some debts may be a faster way to credit repair, and that’s something we hold in high esteem ay Kain & Scott.

Discharge does not eliminate the collateral consequences of debt. Back to Jim for a moment. Even though Jim’s girlfriend forgave him, she may still break off their relationship. And even though Jim filed bankruptcy, he may still face some fallout over the credit card bill. His credit score will be lower, and the company may refuse to give Jim another line of credit. Or, if the $10,000 was unpaid tuition, the institution may still withhold Jim’s transcript until the debt is paid.

The discharge rule does not apply to secured assets. If the debtor violates the security agreement by failing to make payments, failing to maintain property insurance, or anything else, the moneylender will try to repossess the collateral no matter what. The moneylender must simply wait until the automatic stay expires or for the judge to allow such action while the case is pending.

Most debts are dischargeable unless there is substantial evidence of fraud. A fraud presumption applies to some debt that is less than 90 days old. If Jim filed bankruptcy on June 1, the court would presume that any credit card transactions between March 1 and June 1 were fraudulent because Jim never intended to repay them. Other forms of bankruptcy fraud include concealing assets, false information on bankruptcy forms, multiple simultaneous filings in multiple jurisdictions, and bribing a trustee.

Fraud is only a presumption at this point. An attorney can easily rebut this presumption, perhaps by showing that the credit card charges were for living expenses as opposed to luxury items.

Discharge puts debtors in the driver’s seat in terms of debt repayment. For a free consultation with an experienced bankruptcy attorney in Minneapolis, contact Kain & Scott. After-hours appointments are available.