The One Thing You Should Never Do Before Filing Bankruptcy 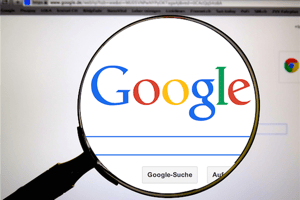 We all have anxiety. We all worry about things. And in this day and age you can Google your worst fears and people often do. So it is with bankruptcy. Every single bankruptcy case I have ever handled was slightly different than others. No two bankruptcies were exact. So how can you Google your exact situation? You cannot. But that does not stop us from doing it right? We all have. But it is very dangerous to do so.

Consider this example: Pete has a Harley Davidson he owns free and clear. It is worth about 10k. He Googles a cases where someone lost their Harley worth 10k. Pete now becomes frantic and he searches for a solution to his perceived problem. I say perceived problem because we can protect his Harley worth 10k in the Federal Bankruptcy Exemptions. Yet, Pete does not know this. He just Googled his worst fear and now he intends to take matters into his own hands. People pretend to be bankruptcy lawyers when they are not.

So Pete devises a plan. He is going to transfer his Harley into his brother’s name so that when he is asked about whether he owns a Harley, he will say no. The trouble is Pete’s transfer of his Harley is also a fraudulent transfer which the trustee can now undue. If you fail to disclose the transfer Pete could lose his bankruptcy discharge and be prosecuted for bankruptcy fraud. All of this when we could have protected Pete’s Harley from the start. Now, Pete has made a mess and jeopardized his discharge because he knowingly transferred an asset trying to defraud his creditors.

When the time is right, or when you are ready to get your life back, reach out to Minnesota’s OLDEST bankruptcy law firm at www.kainscott.com. You will be so glad you did!