Can My Bankruptcy Discharge Be Denied? 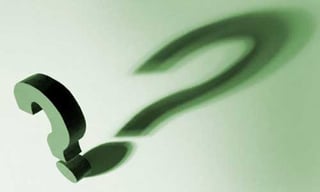 There is a moment in many client conferences I have where the prospective client asks the question: “what if this bankruptcy doesn’t go through?" What if we can’t get this relief that we need financially?” It’s a common anxiety and I try to be reassuring to clients. If we (and by we I mean both our clients and our office) do our jobs properly, they don’t have to worry about “losing” a bankruptcy case. The case is filed properly, the client participates in the process appropriately and at the end of the process, whether in a chapter 7 or chapter 13 bankruptcy case, the client receives the benefit of a bankruptcy discharge.

In an earlier blog, I discussed the issues that exist when a creditor asks that a specific debt be excepted from a debtor’s bankruptcy discharge. Those actions, under section 523 of the Bankruptcy Code, apply only to a specific debt, and not the debtor’s general discharge. Section 727 is different. Section 727 of the bankruptcy code details the circumstances in which a general bankruptcy discharge can be denied, or if previously received, revoked by the court. If discharge is denied or revoked following a 727 action, then all of the debt of the debtor is not discharged, and the debtor is liable for collection just as though a bankruptcy case had not been filed.

1. The Debtor is not an individual

The law is clear that only people can receive bankruptcy discharges. As a matter of fact, only people can file a chapter 13 case, much less only receive a discharge. However, businesses can file chapter 7 bankruptcies. In the case of a limited liability company or corporation filing bankruptcy, once the bankruptcy process is completed, the trustee terminates the case, but there is never a discharge entered. The chapter 7 bankruptcy trustee will liquidate the business, selling all of the assets of the business to make payments to creditors. When all assets of the business have been liquidated to pay creditors, the case is terminated. In the unlikely event that some asset is discovered later, or the business produces some unexpected income after the business has closed and the trustee has liquidated assets, it is still possible for the business asset to be administered. The lack of a discharge means that creditors of the LLC or corporation can, after the case is closed, obtain judgments against the business (although it is unlikely that a creditor would bother with doing this).

2. The Debtor has removed, destroyed or transferred property with the intent to hinder, delay or defraud a creditor

There are multiple ways that creditors can learn of a debtor’s transfers - often it is as simple as looking at a debtor’s financial statement to see what property the debtor listed as being owned at the time of the statement and comparing the statement to the schedules detailing property ownership at the time a bankruptcy case is filed. Did the debtor indicated that he owned a motorcycle in a personal financial statement, but the motorcycle is nowhere to be seen in the bankruptcy schedules? Under circumstances like these, it is possible that the debtor transferred title to the motorcycle to a friend or relative because the debtor was apprehensive about his ability to retain the motorcycle in a bankruptcy case, or the debtor was worried that the creditor would be able to seize the motorcycle and sell it to satisfy a debt. In either case the debtor’s behavior - the intentional transfer of property to frustrate the creditor’s ability to be paid a debt - can cause the debtor to have his discharge denied.

3. The Debtor has made a false oath, presented a false claim, or has withheld financial records

All bankruptcy petitions and schedules are signed by debtors under the penalty of perjury. The debtor has a duty to fully disclose the assets she owns and the liabilities she owes, and she must fully disclose financial transactions that are relevant to the bankruptcy case. Similarly, bankruptcy debtors may not knowingly list inaccurate information regarding property rights to which they are entitled. Last, bankruptcy debtors have a duty to cooperate with the bankruptcy trustee’s request (if there is one) to provide the trustee with financial records - either personal or business-related.

All of these requirements are for the same purpose - that the bankruptcy debtor be as transparent as possible in describing her financial situation. The saying is that the honest debtor is granted a discharge. It’s a simple statement and it is extremely accurate. Lying on schedules that are signed under the penalty of perjury, once discovered, leads to a denial or revocation of discharge, and in extreme cases, criminal prosecution against the debtor for bankruptcy fraud.

In almost every case, debtors who find that there has been inaccurate information given on bankruptcy schedules correct the information immediately. And since in these cases there was no intent on the part of the debtor to mislead the court, there are no consequences regarding the debtor’s discharge. The requirement of honesty does not mean that schedules must be mistake-free, but it most certainly means that bankruptcy debtors cannot deliberately mislead the court, the trustee or the creditors in the case regarding the financial circumstances of the debtor.

There are other instances besides these in which a debtor can put his or her discharge in jeopardy. We’ll look at those next week.