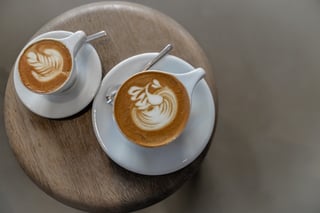 For the past five weeks, I’ve written about the differences between chapter 7 and chapter 13 bankruptcy cases.  It’s taken a lot of words to go through the differences between the two chapters.  For the client considering filing a bankruptcy, the choices can be somewhat daunting, so it’s important for our clients at Kain & Scott to know as much as possible about the differing approaches to debts that are present in chapter 7 and chapter 13.  Only when clients have a full understanding of the operation of both chapters, and the outcomes with respect to various types of debt can the client make an informed choice regarding which chapter is best for them.

This week, I’ll try to tie up some loose ends regarding the two chapters. There are some situations that don’t come up commonly, but that have existed for some clients of mine over the years that result in chapter 13 being used rather than chapter 7. I’ll go through those this week.

Chapter 13 has a co-debtor stay

Chapter 13 is different.  Section 1301 of the Bankruptcy Code offers protection for co-signers provided that the debt involved is “consumer” debt.  Called the co-debtor stay, the law provides protection for co-signers as long as the chapter 13 case is pending - anywhere from three to five years.  During that time, the creditor cannot contact the co-signer for payment.  When the chapter 13 debtor receives his discharge, then the co-debtors stay is dissolved, and the co-signer will have to deal with the unpaid balance on the account with the creditor.

Chapter 13 allows for payment in full of some co-signed debt, even if other creditors are not paid in full

Chapter 13 offers protection for people with a recent bankruptcy filing

But debtors can receive a discharge in a chapter 13 case if it’s been at least four years since they filed a chapter 7 case that resulted in a discharge.  So for the debtor with a prior chapter 7, chapter 13 may be the only viable option to resolve pressing debt issues.

Chapter 13 offers protection even if a discharge isn’t possible

Again, these examples are for situations that are not common - but these situations do come up.  And when they do, the attorneys at Kain & Scott can help our clients, even if their situation has some complexity to it.