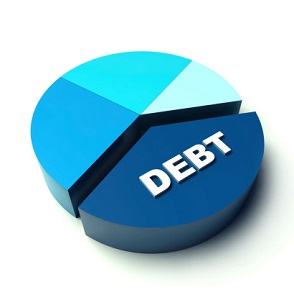 When you are struggling to pay bills and to make ends meet, it may feel like you are alone. However, consumer debt statistics prove that you are not alone. Individuals throughout the United States continue to struggle to pay their bills each month. As unemployment continues to be a problem and individuals suffer without adequate health insurance, consumers are forced to take on more debt in order to pay for basic necessities such as food, shelter and clothing.

Nerd Wallet reports that, as of April 2014, the U.S. household consumer debt profile shows that the average household in America has:

Unfortunately, in most cases, you cannot discharge student loans through bankruptcy; however, there are ways that bankruptcy can help those suffering from student loan debts. We have helped many individuals find the relief they need from both credit card debt and student loan debt.

In addition to owing staggering medical bills, individuals are being forced to turn to credit cards when faced with medical emergencies. According to Demos, nearly half of low to middle income households carried debt from out of pocket medical expenses on their credit cards in 2012. The average amount of medical credit card debt was $1,678.

It is unfortunate; however, when you need medical care and you do not have the funds to pay for that care, credit cards provide a solution to the problem. To further compound the problem, when individuals are unable to pay medical bills, their credit score decreases causing credit card companies to charge higher interest rates for new credit. Low to middle income Americans surveyed in 2012 who described their credit as being “poor,” 55% said unpaid medical bills or medical debts contributed to the problem.

A survey in 2012 found that 86% of low to middle income households who incurred expenses related to unemployment in 2011 incurred credit card debt as a result. When individuals are unemployed and have no other means to pay for basic needs and living expenses, many turn to credit cards to help them get through a difficult time. However, once the individual has made it through the financial crisis, he or she is left with a heavy debt burden. High interest rates make it almost impossible for individuals to pay off credit card debt.

The 2012 Consumer Financial Literacy Survey revealed that when facing financial problems related to debt, 27% of adults say they would first turn to their friends and family for help and 13% say they would reach out to a lender or credit card company. As of March 2012, 39% of Americans carry credit card balances from month to month.

With high interest rates, late charges, over-the-balance fees and other fees, it would take decades for most Americans to pay off their credit card debt. However, through bankruptcy, many of these individuals are able to discharge this debt or pay a fraction of the amount in order to get a fresh start.

If we take the average credit card debt carried by households in America ($15,191) and assume an average interest rate of 15%, you would be required to pay $362 per month for the next five years to pay the balance in full. If you assume a minimum payment of $200 per month, it would take you 20 years to pay the balance in full. For many individuals, this is a hopeless situation.

However, through bankruptcy, individuals are provided relief from the debt in order to receive a fresh start. Most individuals who file bankruptcy do so because of an unforeseen financial crisis such as the loss of a job, a medical emergency or the loss of a spouse. Bankruptcy laws were written for people just like you who are trying to repay their debts but need the assistance provided by law so they can recover and rebuild.

We understand how stressful and emotional it can be to deal with overwhelming debt problems. We also understand that you may be feeling ashamed, frightened or alone. However, there is no reason to be ashamed or to be afraid to ask for help. You are not alone in your struggle with debt and we are here to help you find an affordable solution to your financial problems so that you can build a brighter future for yourself and your family.