Debt Relief Available in a Chapter 7 vs. Chapter 13 Bankruptcy 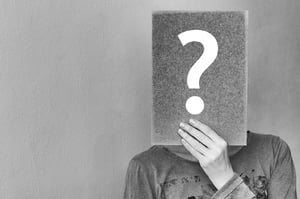 Supreme Court Justice James Clark McReynolds was one of the first Justices to set out the purpose of bankruptcy laws. In 1915, he wrote that bankruptcy is designed to “relieve the honest debtor from the weight of oppressive indebtedness and permit him to start afresh free from obligations and responsibilities consequent upon business misfortunes.” So, most Minnesota bankruptcy debtors are entitled to debt relief.

The nature of this fresh start largely depends on the type of bankruptcy the debtor files. It also depends on a concept called reaffirmation, especially in certain kinds of bankruptcy.

Sometimes, when a person borrows money, that person simply makes a written or oral promise to repay it. Unsecured debts like these commonly include medical bills and credit cards. Typically, these debts are dischargeable in a Chapter 7.

In this context, “discharge” has a very specific meaning. The Minnesota bankruptcy judge eliminates the filer’s legal obligation to repay the debt. Discharge does not eliminate the debt itself. That may seem like a bad thing, but it’s actually a good thing.

Assume the debtor has a large outstanding college tuition balance. The school may longer make any attempts to collect the debt. That includes phone calls, letters, lawsuits, and anything else. But many Minnesotans still feel a moral obligation to repay their debts. That’s possible in a Chapter 7.

One significant difference is that the repayment is on the debtor’s terms, and not on the moneylender’s terms. Most creditors are willing to accept partial payments, because they know they have no other way to collect the balance and something is better than nothing. In exchange, they may agree to remove the account from the debtor’s credit report. At Kain & Scott, we often negotiate arrangements like this.

Another important point is that debt discharge does not eliminate the collateral consequences of an outstanding obligation. To return to the previous example, many schools withhold transcripts and bar re-enrollment if the person owes money. Bankruptcy does not change these things. However, as mentioned, it does give the debtor more negotiating leverage. That’s especially true since Kain & Scott clients have assertive attorneys on their side.

Debt Relief Available in a Chapter 13

Other Minnesotans have issues with secured debts. These obligations include things like home mortgage payments, auto loans, and other scenarios which involve a security agreement.

Discharge is not the best way to deal with secured debts. The security agreement is outside bankruptcy. If the debtor violates it, perhaps by failing to make payment, the debtor can repossess the collateral.  So while the discharge prevents secured creditors from contacting a debtor to demand payment, to keep collateral, the debt has to be paid.

Available Chapter 13 debt relief offers Minnesotans up to five years to repay their secured obligations. During this time, the automatic stay is in effect, in most cases. As a result, unless the judge gives special permission, creditors cannot take adverse action against debtors. In other words, Chapter 13 filers get the time they need to catch up on secured debts.

The payment plan is income-based. Debtors pay what they can afford when they can afford it, as opposed to what the moneylender demands. The main criterion is that all secured debt delinquencies must be current by the end of the repayment period.

The effect is very much the same. Chapter 13 does not discharge secured debts, but it does provide a vehicle to repay them in a more affordable way.

This vehicle combines the debt relief available in a Chapter 7 and Chapter 13. Some individuals have large amounts of both secured and unsecured debt. “Chapter 20,” which is not technically in the Bankruptcy Code, combines a Chapter 7 with a Chapter 13 (seven plus thirteen equals twenty).

Here’s how it works. First, the Minnesota debtor files a Chapter 7. The judge usually signs a discharge order within about six months. As discussed earlier, the order terminates the legal obligation to pay the unsecured debt. That discharge usually frees up several hundred dollars a month.

After the discharge, the debtor files a Chapter 13 to deal with secured debts. With the extra money, it is easier to set up an acceptable payment plan and catch up on mortgage and other obligations. The same protected repayment period applies.

Even if the debtor is not eligible for a subsequent discharge, that’s usually no big deal. The Chapter 7 already took care of unsecured debts, and the protected repayment period still applies.

The different types of bankruptcy eliminate different kinds of debts. For a free consultation with an experienced bankruptcy attorney in Minneapolis, contact Kain & Scott. We have several office locations in the state.