One Women's Story About Living With Overwhelming Debt in Eden Prairie 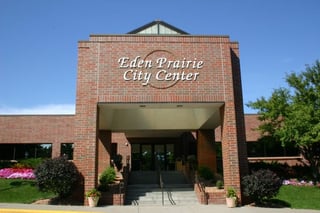 Let me tell you the story of a former client of mine. She lived in Eden Prairie, Minnesota. I will call her Eve Padonk. Eve was an office worker at a local high school. She is a very nice person with a story to tell.

EVE’S DIVORCE WAS THE TRIGGER

Like almost half of all marriages, Eve’s marriage broke down. Her husband was very controlling and abusive. She needed out. The year was 2006 and it was a terrible period in Eve’s life. The divorce was hotly contested by Eve and her soon to be ex-husband. They had two children and some modest assets and they had a lot of hurt feelings.

Ultimately, they came to a deal in their divorce. Eve would live in the house until the last child turned 18 years of age and graduated high school. Eve’s ex-husband would retain a lien on the home, which would accrue interest, until the youngest child was 18 and had graduated from high school. At the time of the divorce, they valued the house at 350k. With a mortgage balance of around 200k, ex-husband’s share of the equity in 2006 was 75k.

Fast forward to 2015 when the parties youngest child was set to graduate from high school. Ex-husband was all geared up to cash in on his 75k plus interest. He was now owed 96k from the sale of the house. The only problem is the housing market crashed and Eve’s home is no longer worth 350k. Now, her home was worth only 260k and the mortgage balance was 180k.

Not only was her share of the home equity wiped out but now she wouldn’t have enough to pay her ex-husband what he was owed on the home. Talk about an unfair result! She not only lost her equity in the property she owed more to her ex-husband than what the property was worth!

Eve had about 20k in credit card debt herself. Since her youngest was now basically emancipated from the house, she lost her child support decreasing her monthly income. That didn’t help her as she contemplated what to do. So, she met with Kain & Scott. We discussed her options with her including chapter 7 and chapter 13 bankruptcy.

We also discussed whether she should continue to make payments on the house or not. It really wasn’t much of a choice since she didn’t have the ability to make the payments anyway. This made ex-husband further nervous because if she wasn’t making payments on the house, he was losing equity every month she lived in the home. Plus, if the house started to go into foreclosure, wouldn’t the chances of selling the house go down? Oh, we had some leverage alright!

If ex-husband, tried to drag Eve into family law court we could always file a bankruptcy and delay in proceeding to force her to sell the house. I want to emphasize that Eve did not make the real estate market crash. She also had no way of knowing she would lose all of her equity in the real estate market crash either. So, we did the only thing we could do; we used her future bankruptcy filing as leverage to renegotiate her divorce deal. If he wouldn’t budge we would not budge either.

THE FRUIT OF OUR LEVERAGE

Ex-husband was difficult- that is an understatement. Despite the fact that he and my client had children together, and they were once married, he had no tolerance for renegotiating the deal they made before the real estate market crashed. His position is her bad luck is not his problem- it’s her problem.

Except, it became his problem too when she continued to live in the home and not make payments month after month while he stalled. We could wait him out. If he tried pushing the issue in family law court we could always file the bankruptcy and stop him. She needed to file anyway so, no worries.

Finally, we he proposed she get a small part of the proceeds from the sale if she agree to take care of the property and sell it. We didn’t settle at that small number but we did agree that Eve would receive 16k plus any remaining balance owed to him would be forgiven.

This last part was important because without him agreeing to forgive the remaining debt, she would be precluded from filing a chapter 7 bankruptcy and wiping out the amount owed to ex-husband under section 523 of the Bankruptcy Code.

GETTING YOUR LIFE BACK AFTER DIVORCE AND BANKRUPTCY

So, in the end- Eve got 16k when she would have received nothing from the deal and he agreed to forgive the remaining balance owed allowing Eve the ability to file a chapter 7 bankruptcy and become debt free with the remaining cash she had on hand.

Sometimes the solution to a problem is not a straight line. Some times it takes time to thread the needle and complete a transaction. For Eve, her main problem was not the credit card debt- it was the fact that she owed her ex-husband a lot of money- money she didn’t have through no fault of her own. Well, that is the way the cookie crumbles sometimes. Life isn’t always fair. This was a really sad story with a big jerk for an ex-husband who had zero sympathy for an ex-wife who was in a pickle through no fault of her own.

When life throws you lemons, you make lemonade and move on. There are numerous problems but there are also numerous solutions to those problems. Sometimes, what our guests need the most is a lawyer who will be patient with them and persistent- never selling the client short.

At Kain & Scott, we have an enormous amount of patience. When the time is right, or when you are ready, reach out to us for help. You can see us on line anytime at www.kainscott.com.