How Does Bankruptcy "Work" - Part 3 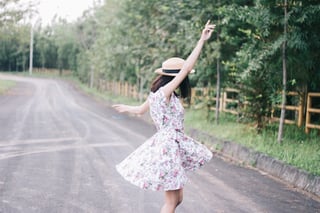 Last week I took a detailed look as to how the unique features of chapter 13 promote fair treatment of creditors and allowing debtors to live with dignity.  This week I’ll write about how bankruptcy law and procedure furthers these policy goals.

The Automatic Stay is a Good Friend of the Debtor, and isn’t Bad for Most Creditors

In other legal processes - whether it involves civil litigation, criminal prosecution, personal injury litigation or family law cases - the filing of papers with the court does nothing more than initiate the proceedings.  Without more, all that happens is that the court in these cases starts the process to its conclusion - sometimes months or even years later.

It’s a powerful tool, and for the debtor who has been subject to the type of intense contacts that are too-typical for some collectors, or for debtors that are having wages garnished or bank accounts levied, the bankruptcy filing allows them to relax, take a deep breath, and get on with concentrating on providing for themselves and their families without the stress of collection.

When collection activities are terminated by the bankruptcy automatic stay, a bankruptcy debtor’s life improves. The automatic stay is one of the most powerful tools to further the legislative goal of allowing debtors to live with dignity.

The automatic stay also works to further the policy goal of treating creditors fairly.  The requirement that all collection activities stop upon the filing of the bankruptcy case allows all creditors to start in the same position when the debtor’s bankruptcy estate is administered.  It is not uncommon that a bankruptcy debtor has made agreements with some, but not all of his creditors during the months leading up to a case being filed.  These agreements can be a product of the most aggressive creditor receiving the most money and creditors that are less inclined to be aggressive in collection, or creditors that have created a credit account for a debtor later, rather than sooner in the months leading up to the bankruptcy case are not receiving a proportional payment from the debtor.  And some creditors, such as home mortgage lenders, have to follow strict and time-sensitive procedures before that creditor can collect on a debt, compared with the relatively quick ways an unsecured creditor can act to collect on a debt.

The Bankruptcy Code is clear: all of a bankruptcy debtor’s creditors have to be notified of the debtor’s bankruptcy case.  This seems obvious to people who are not dealing with overwhelming debt, but there’s some concern that almost every person considering filing bankruptcy has about his debt.  Almost every debtor has some debts that they are enthusiastic about discharging - the unsecured credit card or online line of credit - that anonymous high-interest creditor that is now aggressively pursuing collection.  And there are some debts that debtors are hesitant to “include” in a bankruptcy.  These types of debts are often secured debts where the collateral is property that the debtor wants to retain - whether that be the home the debtor lives in or the car the debtor drives. But it can also include the boat, or the fish house, or the four-wheeler that the debtor worked hard to try to afford and now is reluctant to part with.  The debtor might also be distressed at the prospect of having a loan with a creditor the debtor knows - like the loan officer at the local bank - included in a bankruptcy case.

But the fact of the matter is that debtors have to include every one of their creditors - including the creditors the debtors would prefer not be included.  Notifying all creditors is absolutely essential to furthering the policy of treating creditors fairly.  Congress makes the decision as to the treatment of certain classes of creditors - whether they be secured, unsecured or priority.  Congress has made it clear that debtors don’t have the discretion to pick and choose what creditors are “affected” by bankruptcy.

The notice requirement helps debtors, too. Some debtors are confident that they can afford to pay some creditors, and they might be.  But the truth is that none of us know what our financial future is.  The Bankruptcy Code provides the creditors that are not notified of a bankruptcy case in a timely manner can have their debts determined to be non-dischargeable if there are assets to liquidate and creditors’ claims to pay.  The bankruptcy debtor who fails to disclose all of his debts so to allow notice to all of the debtor’s creditors is gambling with potentially very high stakes.

But what about a creditor that a debtor simply forgets?  In most bankruptcy cases, it’s not a big thing - the creditor can be added at any time and the protection given to the debtor in the bankruptcy will cover the late-added account.  But late notice doesn’t do much good in chapter 7 cases in which creditors are going to receive a payment or chapter 13 cases - in those cases the “forgotten creditor” does not have its debt discharged.

That’s enough for this week.  Next week I’ll continue writing about bankruptcy nuts and bolts - how bankruptcy “works.”