How Does Bankruptcy “Work” - Part 4 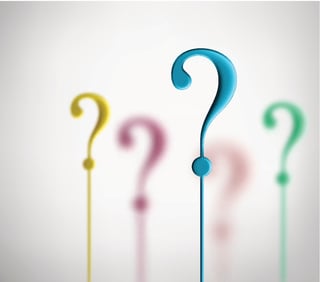 For the last three weeks, I’ve written about the function of bankruptcy to serve the twin purposes Congress set out in passing bills that codified bankruptcy law into the Bankruptcy Code: treating creditors fairly and allowing debtors to live with dignity.  I’ve written about why the bankruptcy debtor has to list assets and liabilities accurately in her schedules, about the specific features of chapter 13, the benefits of the automatic stay in bankruptcy and the requirement that the bankruptcy debtor list all of her creditors in her bankruptcy paperwork.  This week, I’ll continue to look at how bankruptcy law and procedure seeks to meet the policy goals of Congress.

The Order for Relief

The Order for Relief is written notice of the automatic stay against collection that the Bankruptcy Court issues upon a debtor filing a bankruptcy case.  The order is a two-page written document that is sent to all of the creditors listed on the bankruptcy case, the United States Trustee’s office, the local, or panel trustee that will be assigned responsibility to administer the bankruptcy estate in the case at hand, the debtor and the debtor’s attorney.

The Order contains a lot of information.  The debtor’s name and address is listed, including any other legal names used by the debtor in the preceding eight years.  If the debtor operates a business or has done so in the past, any business names used by the debtor is listed. The debtor’s attorney’s name, address and telephone number are listed.  The name, address and telephone number of the trustee appointed to the case is listed.  The bankruptcy clerk of court’s office that is handling the clerical aspects of the case - the clerk’s office in either Minneapolis, St. Paul or Duluth - is listed.

And the Order for Relief lets creditors know the date, time and location of the debtor’s 341 meeting - the meeting the debtor has with the panel trustee in which the debtor will answer questions while under oath from the trustee and, if the creditor so chooses, from any creditors.

As mentioned, above, the Order for Relief sets out the date, time and location of the meeting the debtor must attend with the bankruptcy trustee.  The debtor receives this notice to insure that the debtor is there, and on time, for the meeting.  Creditors receive this notice so that the creditor can also attend this meeting and ask questions of the debtor while the debtor is under oath.   While in the vast majority of cases creditors opt to not attend the 341 meeting, the opportunity for attendance is present for all creditors.  Again, the notice requirement advances the policy goal of treating creditors fairly.

The 341 meeting is the only formal event in a typical consumer bankruptcy case - and it is an extremely important part of bankruptcy procedure.  The panel trustee has the ability to obtain sworn testimony from the debtor, so any intentional misstatement by a debtor in response to a trustee’s question creates the potential for the debtor to be either prosecuted for perjury, or to have the debtor’s discharge denied because of false statements while under oath.  So accurate, honest testimony is absolutely necessary in order to the debtor to receive a discharge.

If a creditor attends the meeting, that creditor has the ability to ask the debtor about the debtor’s assets and liabilities.  Again, the testimony the debtor gives in response to a creditor’s questions is under oath, and the same risk of perjury and/or denial of discharge is present in the same way as it is with the trustee’s questions.  The debtor’s attorney is also at this meeting, and one of the duties of the attorney is to protect her client from unnecessary questions that deviate from an inquiry into the debtor’s income and expenses, and assets.

Next week I will write about how the bankruptcy trustee plays an important role in treating creditors fairly while also assisting the debtor.