Will A Minnesota Bankruptcy Affect My Security Clearance? 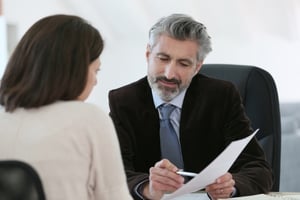 This question presses upon the thousands of people who either serve at one of the National Guard bases in Minnesota or work for a firm which supports these men and women. In many cases, if a person loses a security clearance, the person also loses that job. Such a situation clearly makes the family’s financial situation worse instead of better.

So, losing a security clearance is inconsistent with the purpose of the Bankruptcy Code. A Minnesota bankruptcy gives families a fresh start. That’s not possible if wage-earners are unable to pay their bills. As a result, a bankruptcy does not end your security clearance. In fact, such a move might be the only way to save it.

Now that the Supreme Court has relaxed some of the restrictions in the Fair Debt Collection Practices Act, bankruptcy is the only solid bulwark that many families have against moneylenders. And what a bulwark it is.

Since 1971, 11 U.S. Code § 525 has prohibited bankruptcy discrimination. No person or entity, and that includes the DoD, can take action against a person based solely on a bankruptcy filing. That’s roughly the same protection afforded to women, people of color, immigrants, adults over 40, and other protected classes of people. Like these ethnic and other classifications, a prior bankruptcy filing is a status. People should not face adverse action because of who they are as opposed to what they do. The law upholds this principle.

Moreover, Section 362 of the Bankruptcy Code prohibits any adverse action against a debtor. That provision could arguably apply to actions against security clearances as well.

Financial Considerations and Your Security Clearance

DoD Directive 5220.6 has remained largely unchanged since the early 1990s. This directive contains specific rules about when the Department of Defense can take action against a person’s security clearance. It also contains provisions which specifically prohibit such action in certain circumstances.

The “Financial Considerations” are in Guideline F. The fact that this section is not in A through E should tell us something about the way the DoD perceives such issues. In a nutshell, as far as the DoD is concerned, money problems are not nearly as bad as loyalty questions, stonewalling investigators, or sexual misconduct.

In general, the overall concern is that a person with money problems may be tempted to sell secrets. That concern may or may not have anything to do with a Minnesota bankruptcy. The specific concerns, on the other hand, definitely have nothing to do with bankruptcy.

The DoD is also worried about financial problems related to substance abuse and a failure to file income tax returns.

Guideline F contains even more good news for bankruptcy filers. The mitigating conditions listed in Section 20 line up almost exactly with the debt issues that most Kain & Scott clients face.

Honorable mention goes to provisions like the financial problems were a one-time mishap and there is a legitimate dispute as to the amount owed. These things are common features of many Minnesota bankruptcies.

Contrary to revoking your security clearance, a Minnesota bankruptcy may be the only way to save it. For a free consultation with an experienced bankruptcy attorney in Minnesota, contact Kain & Scott. Our clients are eligible for a free credit repair service.