If I File Bankruptcy in Minnesota How Much Cash Can I Keep? 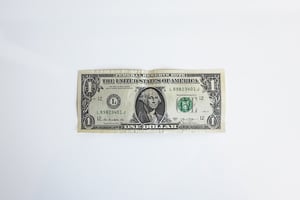 Over a third of Minnesotans have more than $1,000 which they keep for financial emergencies. Credit card payments and medical bills usually do not qualify as such. So, many Minnesota bankruptcy filers have at least a few hundred extra dollars in the bank. Sometimes, this money is not even an emergency fund. They simply need it to pay bills.

The bad news is that, in a Chapter 7 bankruptcy, the trustee liquidates as many nonexempt assets as possible to pay the debtors’ medical bills, credit cards, and other unsecured debts. The good news is that cash is often an exempt asset in Minnesota. Even if that’s not the case, at Kain & Scott, we know how to use legal loopholes in your favor.

Minnesota debtors may use either state law or the federal bankruptcy law to protect their real and personal property.  Protected property in a bankruptcy case is termed “exempt” property and the laws that set up these protections are called exemption laws. There are pros and cons to using either state law or bankruptcy code exemptions, which you should discuss with your attorney. In general, the trustee (the person appointed by the United States Trustee to manage a bankruptcy case) cannot take exempt assets, sell them, and distribute the profits to creditors.

Minnesota state laws contain a very, very large homestead exemption. Homeowners may exempt up to $390,000 in real property that the debtor uses as a residence. The value on the tax appraiser’s website is usually inflated. If it lists $400,000 the quick sale value, which is one metric that we use to value real estate, is usually around $360,000.

At the same time, Minnesota law does not contain a wildcard exemption which applies to cash. To do so, the debtor must elect bankruptcy code exemptions. However, the federal exemptions contain a much lower homestead exemption ($47,350 in equity for a married couple). So, a homeowner with equity in a home has some decisions to make.

The federal wildcard exemption is a minimum $2,500 for a married couple. Additionally, debtors may use up to $11,850 ($23,700 if the debtors are married) of their unused homestead exemptions to protect cash, hunting cabins, boats, and any other nonexempt property.

Exempting cash is the easiest way to protect it. However, there are some other strategies that work almost as well.

Assume Alex and Aaron both assert ownership over a certain house. Rather than fight a duel over it (and we all know how that turned out), they take their dispute to court. But before the judge can hear the case, the house burns down. At that point, it does not matter who legally owned the house, since the house is gone. Usually, judges can only decide actual controversies. They cannot weigh in on academic or theoretical disputes.

Arguably, the same principle applies to nonexempt cash in a bankruptcy. Assume both the debtor and trustee claim to own $2,000 in cash. But before the judge can hear the case, the debtor spends the cash on living expenses. At that point, since the cash is gone, the ownership question is irrelevant.

One major difference between the Alex/Arron dispute and trustee/debtor dispute is that the trustee has pretty clear legal title to the nonexempt cash. When the debtor files bankruptcy, all nonexempt assets automatically become part of the bankruptcy estate, which the trustee manages.  So while it might be theoretically possible for a debtor who has spent non-exempt cash that the trustee has no right to the spent money, it’s not advised to have debtors deliberately spend property of the bankruptcy estate – the ability of a debtor who spends non-exempt assets to receive a discharge will be seriously endangered.

One way to avoid this question altogether is to simply get rid of the cash by spending it on exempt assets prior to filing a bankruptcy case.  However, if a client does so, the client should know that the trustee’s office is extremely sensitive to “estate planning” – deliberately spending down non-exempt assets.  But if an expenditure can be justified as a way of reducing a debtor’s cost of living, such as putting a new roof on the house or new tires on the car, such spending can be justified. As long as the debtor spends the money in this way and does not do so on the very eve of filing bankruptcy, the trustee normally will not ask questions.

At the very least, it’s usually possible to spend down the cash reserve. If the amount is low enough, the trustee normally does not bother with the nonexempt asset. Federal tax returns are a good example. Typically, these returns are nonexempt cash which belongs to the bankruptcy estate. Rules vary by district. But generally, if the refund is less than $1,000, most trustees allow most debtors to keep the money.

Since all moneylenders in the case must share the cash equally, that would only be a few dollars each. Perhaps more importantly, the trustee’s bounty would be a maximum $100, or 10 percent of the return. As it takes several hours to prepare, file, and argue a motion for turnover, most trustees will not take time away from their day jobs to pursue such a small amount.

Even if we cannot exempt your cash, we have ways of helping you keep most or all of it. For a free consultation with an experienced bankruptcy attorney in Minnesota, contact Kain & Scott. We offer free credit repair to our bankruptcy clients.