What Happens If You Transfer Money Prior To Filing Bankruptcy? 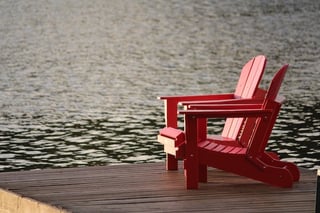 Last week I wrote about a common concern that people who are thinking about filing a bankruptcy case have: the entanglement of family members in the potential client’s financial affairs. I wrote about the effect a bankruptcy has on a non-filing spouse and the issues in bankruptcy that come up when a relative has co-signed on a financial obligation with a bankruptcy debtor.

And so often - this co-owned property is not exempt from creditors. Examples of this include recreational vehicles, such as boats, snowmobiles, and four-wheelers. Hunting property or a lake cabin are other examples of property that is commonly used and/or owned by other family members besides the debtor. And many times, the property in question carries with it emotional attachments that make it valuable to the people involved - the boat that was given to the debtor by parents or grandparents, or the lake cabin that has been in the family for generations.

When a person in this situation realizes that this commonly-owned property is vulnerable to collection by creditors, a normal human reaction is to want to “get rid” of the asset - and in most cases that means transferring ownership out of the person’s name who is in financial trouble. So title is transferred or deeds are signed so that the property remains in the family and, the family thinks, protected from creditors.

This is not the case, however. Section 548 of the bankruptcy code allows chapter 7 bankruptcy trustees to “avoid” transfers by bankruptcy debtors to other individuals if the transfer takes place less than two years before a bankruptcy case is filed, and the transfer is done with either the intent to avoid and frustrate creditors or, if that cannot be established, the persons to whom the property is transferred pay less than fair market value for ownership of the property.

And in Minnesota, even if the transfer took place more than two years prior to the bankruptcy case being filed, the debtor/transferor may not be out of the financial woods. Minnesota state law has a Fraudulent Conveyance law (that’s somewhat different than the bankruptcy code fraudulent transfer) that chapter 7 trustees are allowed to use to avoid these transfers. Unlike the bankruptcy code fraudulent transfer, which does not necessarily require improper intent, the state fraudulent conveyance law requires that the transferor transfer the property with the intent to frustrate and delay creditors. The look-back period for state law fraudulent conveyances is six years.

So what should a debtor do in a circumstance where a transfer has been made and the debtor needs to file a bankruptcy case. The debtor has options. First, in some cases, the asset is exempt under the bankruptcy law - for instance, one modestly valued car or truck is exempt. In cases like this, the wisest thing to do is to “undo” the transfer - that is, transfer the asset back into the debtor’s name.

But in many cases, the asset is not exempt. And a transfer back into the debtor’s name may not be practical or feasible. When that happens, one option is to simply understand that the bankruptcy trustee will recover the property, or paid a fair value for the transferred property. In cases of a co-owned asset, a chapter 7 trustee may be willing to work out an agreement where the debtor, or the family member involved, pays for the debtor’s interest in the transferred asset. In cases where the debtor had a minority interest in the property - let’s say a 25% interest in hunting property, the trustee might be willing to receive less than 25% of the fair market value of the property as settlement, since a minority interest in property is difficult to sell on the open market. So a cash settlement, in cases where the transfer cannot be undone and where filing a bankruptcy case promptly is necessary, might be the best (although expensive) way to resolve the transfer.

So for a person who is suffering financially, who has, within the last several years, transferred money or property to a relative, chapter 13 is, in most cases, the most viable option to protect family members from the possibility of a bankruptcy trustee requiring the family member to turn over to the bankruptcy estate valuable, and cherished property. Protection of family members when there has been a transfer is a good reason to file a chapter 13 bankruptcy.