What You Need To Know About IRA's In Bankruptcy 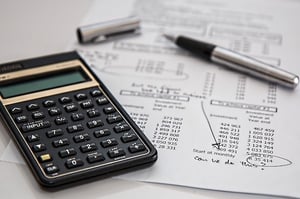 55% of all the people who are employed in the United States participate in some sort of retirement savings plan – whether that is a pension, a 401(k) or an Individual Retirement Account (IRA).  Congress has been clear in exempting almost all retirement accounts from administration by bankruptcy trustees.  So as a general rule, if you are thinking about the possibility of filing a bankruptcy case you do not have to worry about losing your retirement savings – 401(k)’s and pensions are not part of an individual’s bankruptcy estate and IRA’s are exempt up to more than one million dollars.  So it seems pretty clear that Congress, in passing bankruptcy laws, intended to protect people’s retirement savings from their creditors.

While that is true for almost every retirement account, it’s important to know that there’s a “catch” with IRA’s.  Every Individual Retirement Account has a “paid on death” provision – a direction by the owner of the IRA as to whom the IRA should pass to at the time of the owner’s death.

The Supreme Court was faced with the question of whether a bankruptcy debtor who inherited an IRA could exempt it the same way that the person who funded the IRA could.  In the case of Clark v. Rameker in 2014, the Supreme Court unanimously ruled that inherited IRA’s are not exempt in a bankruptcy case.  The rationale of the court is that the Bankruptcy Code refers to “retirement funds” which implies that the owner of the IRA contributes to a fund themselves to provide for their own retirement.  The person who inherits the IRA is receiving an account that the beneficiary did not contribute to, and which the beneficiary can immediately draw from – even if there is a penalty for doing so.

So what can you do if you find yourself in financial trouble and you’ve inherited the IRA in your name?  You’ve got some options – and the best way to find out what those options are is to visit with one of the attorneys at Kain & Scott – we’re here to help! See us anytime at www.kainscott.com. You will be so happy you did!