Will Bankruptcy Remove Liens in Minnesota? 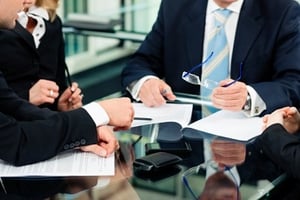 Bankruptcy gives fresh starts to distressed debtors. But it uses the least restrictive means to accomplish this goal. Property rights are sacred to many people in America, and that includes a contract between a debtor and a creditor. So, bankruptcy does not interfere with that contract.

Instead, a bankruptcy discharge removes the debtor’s legal obligation to repay debt. It does not affect the collateral consequences. Assume a judge discharges past-due university tuition. The school cannot do anything to collect the amount owed. However, it can withhold the student’s transcript until the debt is paid or otherwise resolved. A bankruptcy judge does not have the authority to order the school to release the transcript.

Bankruptcy works the same way with regard to liens. Even if the judge discharges the debt, the lien remains behind.

The Automatic Stay in Minnesota

Section 362 of the Bankruptcy Code applies to the pre-lien process. In most cases, a moneylender must file suit to obtain a lien or at least give notice before filing paperwork. Typically, bankruptcy halts the lawsuit process, along with:

A lien is different from these other types of adverse actions because a lien is passive. Property and personal liens are essentially meaningless unless the debtor tries to sell the property or applies for a loan. Even then, the debtor has considerable bargaining power. That’s not the case in something like repossession. The creditor has the collateral and therefore all the bargaining power.

If there is a legitimate dispute as to the amount or legality of the lien, bankruptcy helps here as well. Most bankruptcy judges order such debt disputes to mediation. In this forum, the moneylender has a duty to negotiate in good faith. “Pay what I say you owe and pay it on my terms” is not negotiating in good faith.

Mediation has a high success rate, so it’s often used in situations other than liens. Home mortgage modifications are a good example. Banks often deny applications based on minor technicalities, like a few tenths of a point on a debt-to-income ratio. That does not fly in bankruptcy mediation.

A lien is often the collection tool of choice for the Minnesota Department of Revenue and the IRS. Usually, these agencies do not have to go to court or even provide notice before they file liens. Tax liens illustrate how all areas of bankruptcy come together to help consumers in these situations.

At Kain & Scott, we can assist with other non-bankruptcy forms of tax relief, such as the innocent spouse rule or an installment agreement.

Bankruptcy does not remove liens, but it makes them much easier to deal with. For a free consultation with an experienced bankruptcy attorney in Minneapolis, contact Kain & Scott. We have nine offices in the area.