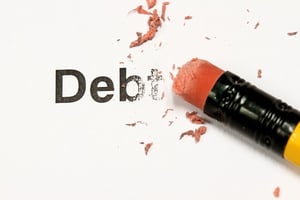 Just like there is good cholesterol and bad cholesterol, there is also good debt and bad debt. The average Minnesota household has about $134,000 in debt. But much of this debt is secured debt, like mortgages and auto loans. Most people do not mind paying these loans, as long as the terms are reasonable and they like the car, house, or other collateral.

Credit cards, doctor bills, and other unsecured debt is another story. If this debt is less than $10,000, most people in Buffalo can pay it off within a few years. But if the debt load gets much higher, there is no way to pay it off, realistically speaking. Chapter 7 bankruptcy is a good option for these families, largely because it quickly wipes out most of the unsecured debts which befuddle families the most.

Most credit card companies lend money freely and charge incredibly high interest rates. Some people occasionally splurge on their cards. But most of the charges they make are for basic living expenses or unexpected bills. Add these three things together, and many Minnesota families get into trouble with credit cards through no fault of their own.

Begin with lending practices. At Kain & Scott, we sometimes see clients with eight or ten cards from a single moneylender. When the debtor maxed out one, the company issued another one. Credit restrictions are annoying, but fundamentally, they’re in place to keep people from borrowing more than they can afford to repay. That restriction is often absent in credit card accounts.

Second, there’s the interest rate. Many cardholders take advantage of a “promotional” rate. This rate does not last forever, and there is often some sort of retroactivity clause buried in the fine print. Other people transfer balances to take advantage of low rates. The credit card company often conveniently forgets to point out that any additional purchases have an interest rate above market level.

Many people are forced to make high-interest credit card charges because their income stream goes dry for a few months. That’s all it takes to accumulate serious amounts of debt.

There is considerable debate as to the number of medical bankruptcies. Some say it’s over 50 percent; others say it’s less than 5 percent. Assuming that the correct figure is somewhere in the middle, medical bills are among the leading causes of bankruptcy filings in Minnesota.

In Chapter 7, debtors can strategically pay some debts as agreed and allow other ones to be discharged. Some debtors worry about not being able to see their provider if they file a bankruptcy case and list the clinic as a creditor.  That’s understandable, and the debtor might want to pay the medical bill (although there is no requirement that medical bills be paid). But if the creditor is a debt-buyer and the account is old, it’s usually better to let it go in bankruptcy. After all, that’s what this federally-sponsored debt relief program is for.

From about 1980 to 2000, it was not easy to discharge student loan debt in bankruptcy. Under the law at the time, a debtor basically had to have a disability, and that disability had to occur after the person borrowed the money, to obtain a discharge.

But that was before student loan debt began to mushroom. As a result of this crisis, many federal courts, including the Eighth Circuit, have adopted a more flexible totality-of-the-circumstances approach. Different courts have different tests. The Eighth Circuit typically uses a three-prong approach, which involves calculating:

Because of this more flexible test, bankruptcy debtors in the Eighth Circuit, which includes Minnesota, have a chance to receive at least a partial student loan discharge.

There are also specific rules with regard to back taxes with the IRS or Minnesota Revenue. These rules are not nearly as flexible, but the do apply to many cases. To discharge taxes in a Chapter 7 or Chapter 13, the debt must satisfy the following requirements:

Bankruptcy eliminates debt but not the collateral consequences of that debt. So, if the taxing authority has filed a lien, we’ll help you deal with it separately.

If you need a way to get rid of bad debt and get back on track, bankruptcy is the answer you’re looking for. To get a free consultation with an experienced bankruptcy attorney in Minnesota, contact Kain & Scott. We have nine offices statewide.