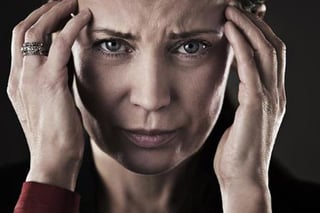 For most of the clients I meet at my Minneapolis Bankruptcy Law Firm, the most important question they have, after we finish analyzing their financial circumstances is whether it is advisable to file a bankruptcy case. That’s the primary question, and in most cases, the only one. But for some clients there are additional questions - should I wait to file a case, or should I file right away. And for a few clients, the question is whether they should file a case in Minneapolis, Minnesota, or some other state. Let’s take a look at the factors that enter into decision-making about whether to file, when to file and where to file.

1.) Find out if you'll Get A Discharge

Who won’t receive a discharge in A Bankruptcy?

What If You Don't Qualify For A Bankruptcy Discharge in Minnesota?

There are cases, though, where a person needs their Minneapolis Bankruptcy Lawyer to file a bankruptcy case for them even though they won’t qualify for a discharge. Examples include a person who is currently going through a wage garnishment or a person whose home is in foreclosure. In these circumstances Chapter 13 MN Bankruptcy Lawyers are still an option even though there will be no discharge. Even though the Chapter 13 won’t end in a discharge, the person in financial difficulty will receive the benefit of the automatic stay - all collection will stop when the chapter 13 case is filed. Foreclosure sales will be cancelled, and the debtor, in the chapter 13 case, can catch up on the mortgage arrears through Chapter 13 Plan Payments. So while a discharge may not take place, a Chapter 13 Bankruptcy can be an advantage for some debtors nevertheless.

What debts cannot be discharged in a MN bankruptcy case?

Debts for business-related taxes, court fines, child support, alimony and student loans, to name a few, cannot be discharged in a bankruptcy case. So a debtor whose only debts are of a type that can’t be discharged are well-advised to explore alternatives to bankruptcy, since there won’t be a discharge entered against these types of debts. And debtors who have engaged in quasi-criminal financial-related activity - such as destroying assets that serve as collateral for loans, or destroying business records critical to the record-keeping of a business. Intentional acts designed to mislead creditors or destroy evidence will create discharge problems as a whole for debtors. Again, individuals who engage in this behavior are well-advised to not file a bankruptcy case, since a discharge is doubtful.

What If I Just Moved To Minnesota?

Clients who have only non-dischargeable debts or clients whose behaviors expose them to a denial of their general discharge, or have just recently arrived in state are few and far between. So assuming that a client is not in the small minority of people who should at a minimum wait to file, then the question of whether to file a bankruptcy case becomes a bit more subjective and a bit less objective. For the vast majority of potential clients, the decision whether to file a bankruptcy case or not rests with them.

2.) Have a Good Reason To File

There are some obvious signs that a person with debt problems needs to seriously consider filing a bankruptcy case. If a civil judgment either is about to be entered, or already has been entered in a case the judgment creditor will have the ability to use creditor’s remedies to get the judgment paid by the judgment debtor, either voluntarily, or involuntarily. People facing the entry of a civil judgment for money owed a creditor are looking at the possibility of having wages garnished and/or bank accounts levied after the judgment is entered. Almost every judgment debtor cannot afford to lose 25% of his or her pay check or have his or her bank balance taken by a judgment creditor. People facing the entry of a civil judgment should seriously consider filing a bankruptcy case, since the filing of the case creates a court order, called the automatic stay, that prohibits creditors from garnishing wages or levying on the bank accounts of a bankruptcy debtor.

Are You Facing Foreclosure or Repossession?

In the same way, a person who has defaulted on a home mortgage or on a car loan should consider filing a bankruptcy. When a case is filed, and the automatic stay is entered, at a minimum foreclosure proceedings or repossession actions are postponed. If an individual with mortgage defaults or car loan defaults file a chapter 7 case, that person will receive the benefit of a “time out” that will give them the chance to work out a way to catch up on past-due payments while the bankruptcy case is pending (usually three to four months). For individuals with relatively small defaults a chapter 7 can be a very useful tool. For people with more significant defaults on their home loan or car loan payments - those people for whom catching up on past-due payments will require more than just three or four months, filing a chapter 13 bankruptcy is the best way to go. In a chapter 13 case, the bankruptcy debtor proposes a repayment of mortgage defaults, if such defaults exist and the debtor wants to remain living in his or her home.

Chapter 13 also offers a debtor a way to restructure their car loan to make their car loan payments more affordable. Another feature of a chapter 13 case is that in many cases, people with high-interest car loans can “re-set” the interest rate (we usually set the interest rate at 5.25% for our car loans) on the loan, which in many cases results in significant savings for the debtor - making the car loan that was proving very difficult to pay much more affordable.
These cases - in which debtors are looking at an imminent wage garnishment, foreclosure or repossession are fairly clear-cut. For almost everyone in this situation, filing a bankruptcy case will give them security that their paycheck, home and/or car will be protected.

Do You Want To Stop Debt Collection Harrassment?

But not every client, and not every person who should seriously consider filing a bankruptcy case are facing garnishment, foreclosure or repossession. Many clients have not had formal legal action taken against them yet. But they are receiving collection phone calls and letters. They are being harassed by creditors for payment, and if the default is for more than a couple of months, the collection efforts are getting more and more aggressive. Debt collection is, for many collectors, a psychological exercise. The collector is attempting to make the person who owes an account as uncomfortable as possible. And the collectors who are good at their jobs succeed. When I speak with people who are the targets of active collection, and let them know that as soon as a bankruptcy case is filed all collection activities are going to stop by court order, many of those people know instantly that a bankruptcy will help them resolve their debt issues and relieve the extreme stress they feel.

Can You Afford Your Reasonable And Neccesary Expenses?

Not everyone who files a bankruptcy case is being hounded by collectors, though. Many of the people who come to see me about filing a bankruptcy are still current on their obligations. The reason for their visit, though, is that the client believes that their budget is not sustainable if the payments they are required to make are going to continue as is without being abated. For these potential clients, making their budget work is getting more and more problematic. So one of the things that I try to review with potential clients is approximately how much of their monthly expenses is going to servicing debt - what are the interest charges each month that the client is paying. And how much of that interest is for unsecured debt, such as credit cards or open lines of credit. If the interest being charged (and paid) by clients is pushing them into a deficit budget number, then these clients need to know about what a bankruptcy would do for them.

Are You Going Broke Trying To Pay An Unexpected Medical Bill?

Still others are not looking at some structural budget problem. Rather, through some combination of circumstances, they are instead looking at the reality of an unexpected, unaffordable expense that they did not anticipate being responsible for. It happens when an individual is involved in a property damage or personal injury accident and learn, to their dismay, that the insurance coverage that they believed they had, in fact would not cover the accident. It happens when people, or their dependents are taken sick, or are injured and there isn’t enough medical insurance to cover all of the costs of the sickness or the injury. And it happens frequently when couples that have been living together, pooling their resources to pay their debts see their relationship end for whatever reason. In all these cases, something sudden happens that disrupts budgets in a profound way. In these circumstances, too, a bankruptcy case can offer people security that their paycheck, home and vehicle are going to be protected.

3.) Determine How Threatening Your Debt Problem Is

So as you can see, there are a number of different circumstances in which the decision whether to file a bankruptcy case will be “front and center.” The bottom line is that the individual’s perception of the problem - and how threatening the problem is to that person - will govern whether or not a bankruptcy case is filed.

Next week I’ll discuss timing and venue issues in making a decision as to whether to file a bankruptcy case. In the meantime feel free to reach out to Minneapolis Bankruptcy Lawyer from Kain & Scott at: