WHAT HAPPENS WHEN YOUR INCOME CHANGES WHILE YOU ARE IN A CHAPTER 13? 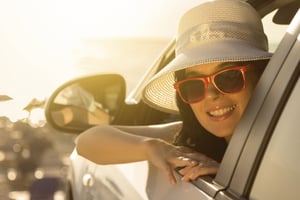 A chapter 13 bankruptcy is a very helpful tool for many people who are encountering overwhelming financial problems.  For individuals dealing with a potential mortgage foreclosure, chapter 13 offers a structured, affordable way to keep families in their homes.  For a person who has a car payment that has unexpectedly become too expensive, chapter 13 offers a way to restructure the car loan to make the payment more affordable.  For the person who is dealing with child support arrears, or back income taxes, chapter 13 provides a structure to pay these important obligations.

So chapter 13 is a powerful help for people facing these vexing problems.  The theory of chapter 13 is simple: debtors propose a monthly payment plan, based on the debtor’s budget of income and expenses, to pay back creditors according to the creditors’ classifications.  Priority creditors, such as taxes and child support get paid in full.  Secured creditors, such as home mortgage companies and car lenders, get paid - in some cases, the secured lender is paid only the amount necessary to catch up on arrears; sometimes, the entire secured loan is paid through the chapter 13 plan.  General unsecured creditors, such as medical bills or credit cards, get paid what the debtor can afford after priority and secured claims are paid - these general unsecured creditors need not be paid in full in order to get a debtor’s chapter 13 plan confirmed and to ultimately receive a discharge.  Chapter 13 plans last for a minimum of three years and a maximum of five years.  After the payment plan is completed, the debtor receives a discharge; the discharge eliminates the debtor’s liability on any remaining debt and the debtor will have cured any mortgage arrears, paid off the vehicle loan and is no longer on the hook for any unsecured debt.

Chapter 13 plans are funded based on the debtor’s monthly income and expense budget.  The bankruptcy code requires debtors to commit all of their disposable income into the repayment plan unless a debtor is proposing to pay 100% of all unsecured debt (that doesn’t happen very often).

The requirement of paying all disposable income into the chapter 13 plan isn’t new - it’s been required as a feature of chapter 13 since the Bankruptcy Reform Act of 1978.  Modification of chapter 13 payment plans in situations where a debtor’s household income has decreased has always been a feature of chapter 13.  A person in that situation contacts his attorney and together, the attorney and client figure out a new plan payment. Debtor’s with decreased resources have been able to modify their plans based on their new financial reality for the 40 years since the 1978 law passed.

But the ability of the chapter 13 trustee to monitor a debtor’s disposable income has changed - due to the provisions of the Bankruptcy Abuse Prevention and Consumer Protection Act (BAPCPA) of 2005.

So what’s a debtor to do in these situations?  That’s what I’ll write about in my next post.