What Is A Creditor? 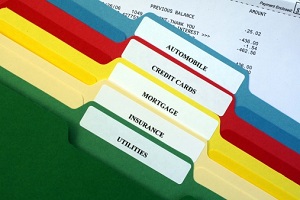 Right before his son went off to the big city in Shakespeare’s Hamlet, Polonius told Laertes “Neither a borrower nor lender be/For loan oft loses both itself and friend.” In other words, be careful about borrowing and lending money to friends. If you lend, they won’t pay it back; if you borrow, you’ll fall out of favor. But loaning and borrowing is not bad. In fact, sometimes both are very good.

His advice is still valid in today’s Minneapolis. People haven’t really changed much since the sixteenth century. So, mixing money and friendship still ends badly most of the time. But sometimes, you need to borrow money. In fact, over two-thirds of the nation’s $13.2 trillion in household debt is mortgage debt. Most of the time, mortgage debt is “good debt.”

Secured Creditors in a Minnesota Bankruptcy

A mortgage bank is a secured creditor. The bank lends money to purchase a house or other property, and the person gives the bank a security interest in the property. That security agreement contains numerous provisions. For example, the borrower must maintain insurance on the property, to protect the bank’s security interest. If the borrower fails to live up to the security agreement in any respect, the bank can repossess the collateral, which in this case is the house.

The biggest provision is to pay back the money. Most banks have very little patience. In fact, some begin foreclosure proceedings after just two missed payments. Once pre-foreclosure begins, the bank no longer accepts partial payments. So, it’s very difficult to get the loan back on track even if you come up with the past-due amount. Minnesota is a non-judicial foreclosure state. So, the bank does not have to go to court to take your house, in most cases.

Chapter 13 helps immensely here. In most cases, the Automatic Stay in Section 362 of the Bankruptcy Code prevents the bank from foreclosing on the loan. It does not matter how many payments are delinquent. The Automatic Stay remains in effect for up to five years, during which time the bank must accept monthly payments through the chapter 13 plan to make up arrears on the loan.

Mortgage banks are not the only secured creditors. Basically, any arrangement whereby a person in Minnesota gets property and makes installment payments usually involves a security agreement. That includes houses, cars, and even those super-duper vacuum cleaners you see on TV infomercials.

Unsecured Creditors in a Minnesota Bankruptcy

Sometimes, the moneylender simply loans money. Credit cards are unsecured debt. The cardholder simply promises to pay back the money. There is no collateral or security agreement.

These moneylenders cannot take property if you fail to pay your debts. But they can do a number of nasty things. They can call you constantly, file suit against you, get a judgment, and acquire a lien over your property.

There is more bad news. A recent Supreme Court decision substantially weakened the consumer protections in the Fair Debt Collection Practices Act. Other than bankruptcy, the FDCPA is basically the only protection that consumers have against unscrupulous moneylenders. So, the Automatic Stay may be your only refuge.

Section 362 does more than just stop repossession and foreclosure. It prohibits any communication between creditors and debtors. That means no more phone calls at work and no more threatening letters at home. That also means no more wage garnishment or bank account levies.

Wage garnishment and other such actions are especially common with regard to child support, past-due taxes, student loans, alimony, and other priority unsecured creditors. These debts are unsecured. However, there’s a statutory duty to pay as opposed to a mere promise to pay. Such creditors can quickly garnish paychecks and take other actions because there is no need to go to court to establish the debt. That has already been done in a prior proceeding.

Bankruptcy cannot discharge priority unsecured debt, in most cases. However, it can prevent adverse action while the case is pending. Section 362 – the automatic stay section - applies to all debt from all sources. It does not matter if the debt is public or private, dischargeable or nondischargeable.

Understanding the different types of creditors helps people understand how bankruptcy works. For a free consultation with an experienced Minneapolis bankruptcy attorney, contact Kain & Scott. We have eight office locations in the state.